Today 9 lucky people were able to take part in the BP Technology Challenge. They were split into 3 groups of 3. One person in each team had 1 minute to collect whatever they could around the class to create the tallest tower. The other members of the team just had to watch, they weren't allowed to help in any way. After that the teams were given 6 minutes to build the tallest free standing tower. Some were successful. Some not so much. Well done Zhyon, Cylis and VJ for having the winning tower. 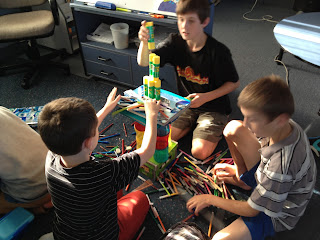 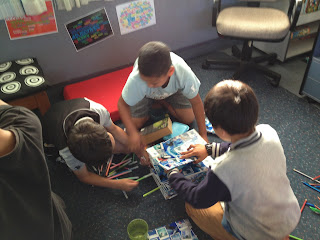 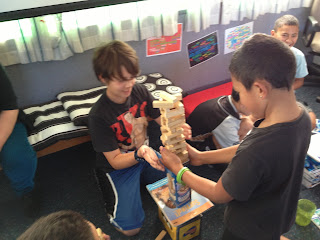 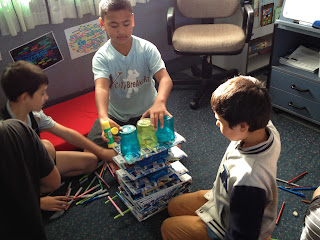 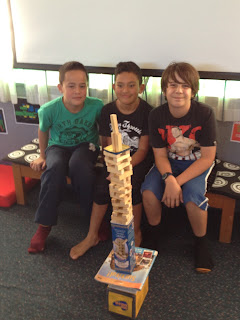 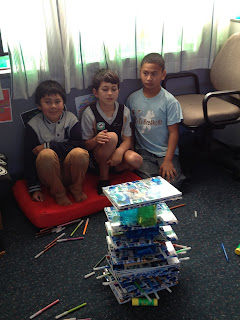 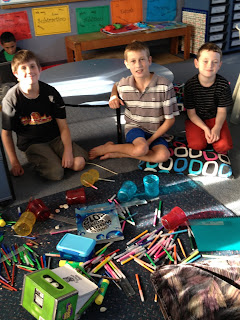