Mrs Palmer took a team of 20 to the Inter School Cross Country last week. We were lucky enough to send 5 of our class to represent our school. They did an amazing job and placed high as there were about 200 competitors in each race. Travis was 12th, Mase 20th, Yoonsu 50th, Vetaia 80th and Mack 91st. We are so proud of the effort you put into the race. It was challenging, long and muddy! 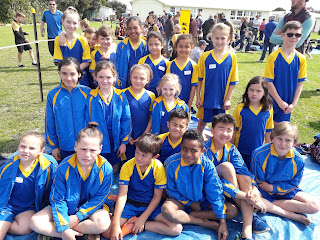 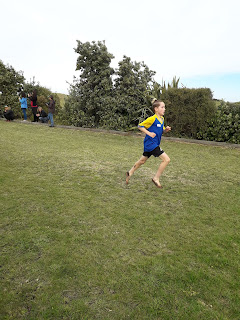 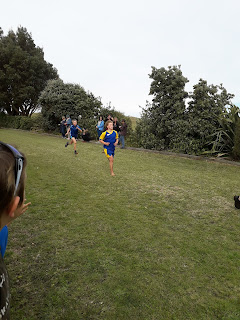 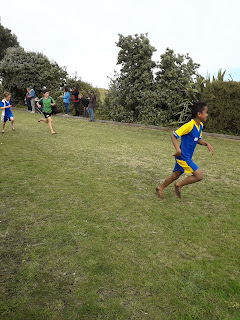 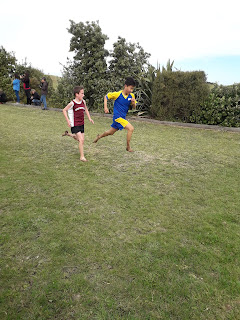 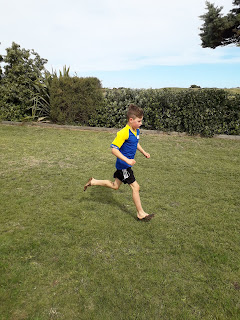 
On Tuesday we had Jesse Toderan come and talk to us at our Duffy Role Model Assembly. He grew up in Canada and moved to New Zealand when he was 16 years old. Over the past year he has been  training to be a pilot in the Royal New Zealand Navy. His dream of becoming a pilot started at 11 years old when he started reading books that interested him. Jesse motivated us to read more books now as children as he wished he had read more when he was younger. Read books that interest you and don't forget to dream!
Jesse gave us three pieces of advice to take away.
1. Don't play as many video games and read books.
2. Play outside with your friends.
3. Dream. 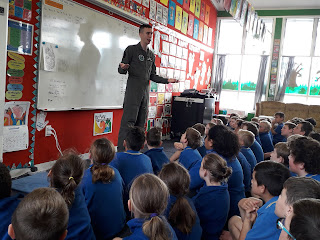 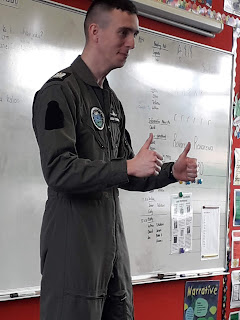 Posted by Lions Learning Den at 2:10 PM No comments:

This week our Year 6's went to visit Wanganui Intermediate to try out some of the specialist subjects. We were put into groups and rotated around four of them. At cooking we made fruit kebabs. In science we planted a pea seed which we hope they grow when we take them home. We loved robotics where we programmed robots and they had a fight with each other. Hard materials was cool as we got to make a wooden pen. Creating animals for a outside scene was challenging in the art session. Our morning was lots of fun and we even got to have morning tea sitting around the fish pond. 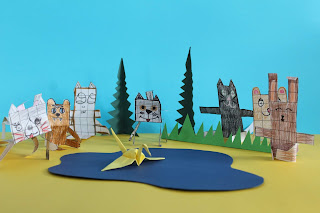 Wanganui Intermediate invited us to their production 'The Little Mermaid'. For some of us it was the first time in the Opera House. What an amazing place. The show was fantastic and we all really enjoyed the singing, props, costumes and seeing some of our old Carlton School students in the production. 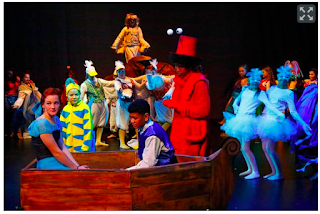 Posted by Lions Learning Den at 3:18 PM No comments:

We learnt about the artist Friedensreich Regentag Dunkelbunt Hundertwasser. He was born in Austria, lived in other countries and in his later life he lived in New Zealand. His artwork was individualistic and unique and he did not follow tradition art rules. He gave a name to this creative and unique process as “transautomatism”. In his work, he rejected straight lines and was fascinated by spirals, as he noted that here are not straight lines in nature. He commonly used bright colours in his artwork. We created our own Hundertwasser inspired artwork using paint and felt pens. 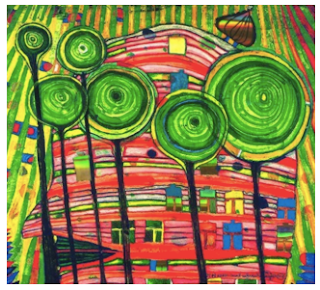 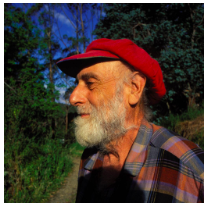 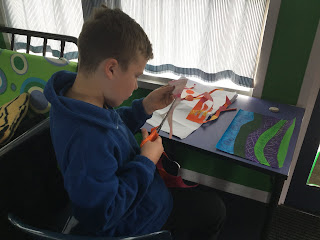 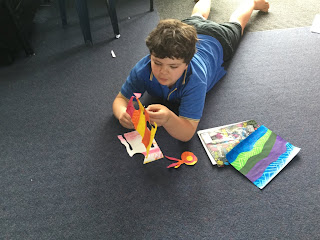 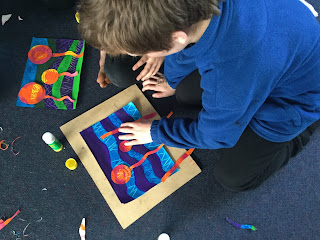 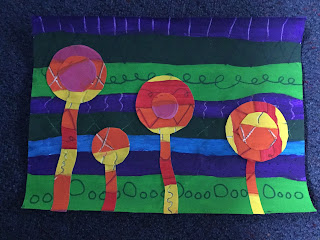 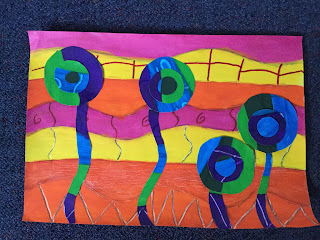 Posted by Lions Learning Den at 12:13 PM No comments:

Last week we were lucky to have some students from Rutherford Junior High visit us. They came to tell us all about their school and what they could offer year 7 students next year. Their school band played two songs to us too. We were able to ask questions to the teachers and students. It was great to see Coral and Rajveet who were at our school last year who are enjoying Rutherford this year. 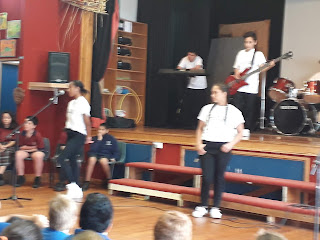 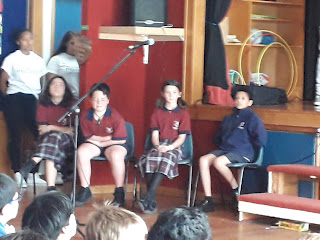 Posted by Lions Learning Den at 8:30 PM No comments: